The LEUCOREA Foundation cooperates with many different national and international scientific, cultural and tourist initiatives, associations and institutions.

The Institute aims to promote further cooperation and existing relationships with partners of the Martin Luther University at its location in Wittenberg. One of its main functions is the organisation and promotion of German language and culture courses for foreign students and doctoral candidates.

The work of this institute focuses on scientifically analysing the development and structure of university education in Germany and in an international context. The institute has an extensive special collection of current and historical literature and information at its disposal (currently 56,500 media units) on the subject of universities and university education.

Since its foundation in 1918, the Luther Society is a public presence: holding lectures and seminars, organizing opportunities for further education, and publishing the magazine „LUTHER“. The society provides a scientific forum with the “Luther Journal” (“Lutherjahrbuch”), the mouthpiece of international research on Luther. The society thus has a voice not only in social and cultural life in Wittenberg but also in national and international research contexts.

In this association, institutions and individuals from the city of Wittenberg have assembled a network aiming to improve communication surrounding new and existing educational opportunities, and to follow tradition by actively addressing current societal discourses.

The Luther Trail is a joint project involving churches, tourism associations, local governments and further participants. It is intended for pilgrims, hikers and visitors who are interested in the Reformation and its influence. The regions of Saxony-Anhalt, Saxony, Thuringia, Hessen and Bavaria participate in this touristic, educational project.

The Foundation was established in 1997. There are four museums under its care: The Luther House and the Melanchthon House, both in Wittenberg, and Martin Luther’s birth house and the museum in the house where Luther died, both in Eisleben. Since 1996, all four houses have been UNESCO World Cultural Heritage sites. Some administrative areas and academic assistants work under the umbrella of the LEUCOREA Foundation. Both foundations are members of the “Research Library for Reformation History” (founded in 2012), which will be located in the Wittenberg Palace in the future.

The European Association of American Studies (EAAS) brings together 22 national and international societies for American studies, which represent 35 European countries. The legal seat of the association is in the LEUCOREA Foundation. In addition to the EAAS archive, the archive of the German Society for American Studies (DGfA) is managed and scientifically surveyed in the Foundation’s main building.

Association for Church History of the Ecclesiastical Province of Saxony

The Association for Church History of the Ecclesiastical Province of Saxony supports the study of local, regional and regional church history in the area of the former ecclesiastical province of Saxony. It aims to make this regional historical research available to a wider public through use of various media. 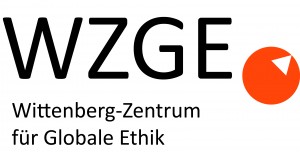 The Wittenberg Centre for Global Ethics aims to provide ethical orientation and competencies for responsible action to current and future decision makers in economics, politics and society.

Participants in the ILSW include the independent Protestant Lutheran Church in Germany (SELK), the Lutheran Church Missouri Synod in the U.S.A. (LCMS) and the clerical publishing house, Concordia, in St. Louis, Missouri. The society aims to motivate office holders, congregation members and students of worldwide Lutheranism to complete a study visit in Wittenberg.

The LEUCOREA is a member of Refo500, an international platform which provides expert knowledge, ideas, activities and products related to the Reformation in the 16th century and its relevance today. RefoRC is the academic department of this platform, which connects the LEUCOREA with other academic partners.

As the city where the university was founded in 1502, and the starting location of the Reformation, Wittenberg is connected to the LEUCOREA through its history and that of the university. Local politics are an important element in the framework in which the LEUCOREA fulfils its functions. The city of Wittenberg delegates two representatives to the Board of Trustees of the LEUCOREA Foundation.